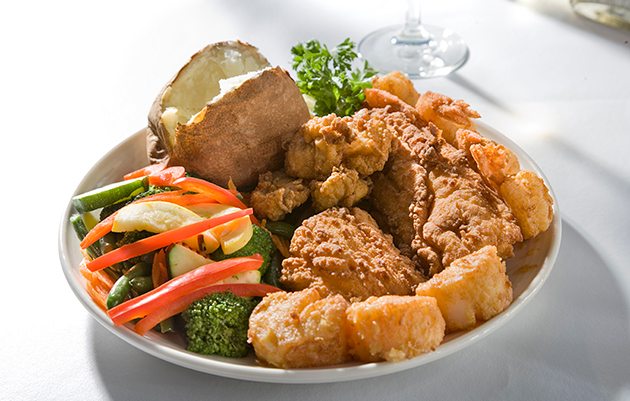 There are countless restaurants along the Grand Strand. Many of these are seafood restaurants. But none are the Sea Captain’s House.

Home to some of the best, fresh seafood known to man, it didn’t start out that way.

With a rich history dating back nearly 100 years, to 1930 to be exact, it was originally a cottage situated where it is now; on the oceanfront.

It wasn’t until the early 1950s that the Sea Captain’s House was transformed to be closer to the favorite eatery it is today. It was then that it was changed from a cottage to a guesthouse called Howard’s Manor.

In the 60s, with the changing times, so did the desire for Myrtle Beach visitors to have different accommodations, namely hotels. Narrowly avoiding the wrecking ball, owners postponed demolishing the establishment due to financial reasons, instead turning it into a restaurant.

The rest, as they say, is history.

For more than 50 years since the Sea Captain’s house has been providing the most unique seafood dining experience in Myrtle Beach. Being situated on the oceanfront along the heart of Ocean Boulevard and next to the Caribbean Resort, there’s nothing quite like the ambiance for diners. This is a great pairing with the hospitality offered by the entire staff of the Sea Captain’s House.

But one cannot write about the Sea Captain’s House and go without mentioning the mouthwatering food.

From lobster to flounder to some of the best shrimp and grits you’ll ever eat, the Sea Captain’s House has everything seafood fanatics desire. But the biggest hit, far and away for many years, has been the She-Crab Soup. Landlubbers have some great options also, with the steak being pretty hard to beat.

And if you’re an early riser, there’s a pretty tasty breakfast buffet.

Open for breakfast, lunch, and dinner seven days a week, you can check out specials and more by visiting here.

To put it simply, if you visit Myrtle Beach, you have to eat at the Sea Captain’s House at least once. But, you’ll probably want to visit many more times.

Enter for your chance to win a yearly 7 night vacation for life at any Brittain Resorts & Hotels property. Don’t miss out on this opportunity to create yearly memories that will last a lifetime!